The original Amal carburettors had brass bodies and separate float chambers, and were known as types 4, 5, 6 and 29. They were fitted from 1929 until 1933 when the body material was changed to a zinc die cast alloy. These were known as types 74, 75, 76, and 89, and can be distinguished from the later types because these have four air holes around the base of the body which the next type do not. In 1939 types 274, 275, 276 and 289 were introduced; these have two internal primary air passages in the base of the jet block. A later version with an ‘R’ suffix denotes that the primary air passage hole was moved to the air intake.
1955 saw a completely new carburettor being manufactured that had the float chamber cast in one piece with the mixing chamber, which is why it is called the ‘Monobloc’, these are types 375, 376, and 389.
1965 saw another complete redesign which produced the ‘Concentric’ carburettor which as it’s’ name implies has the float bowl concentric with the mixing chamber.
Each number mentioned above indicates a different casting. Each casting was capable of being machined to any one of several sizes. The carburettor type is not sufficient information when searching for a replacement, the bore or choke size is also needed. The suffix shown after the type on the flange indicates which jets, float chamber and to which machine it was originally fitted, it is irrelevant providing the body is of the correct size and the correct jets etc are used.

A major cause of poor running, particularly idling, is caused by wear between the body and the slide. Fitting a new slide in a worn body is like fitting a new chain on old sprockets, a waste of time. We can rectify this by boring the body oversize and hard chrome plating the slide (type 6) or fitting a sleeve to the slide (Monobloc). This is a long lasting solution due to the materials used and is preferable to fitting a non-original, later type of concentric carburettor. The new carburettors that are now available have improved materials but are not as good as a sleeved carburettor. For the sleeving work we need to have the body, throttle slide, jet block and mixing chamber lower nut. The prices for re-sleeving are given in the price list by RES169 or RES170 for a complete overhaul. While we are sleeving the body we can replace other worn, missing or damaged parts, check threads, re-plate the fittings, peen the body parts and re-assemble for about £175 including the sleeving, leaving you with a better than new carburettor.

The chart below shows the settings for most BSAs from 1937 to 1963, it is only a guide as various sources differ in the settings quoted, we have tended to use those quoted by Amal. A standard needle jet is used on the type 6 models unless a size is given. The standard needle jet on the Monobloc is .106 and needle jets are not usually marked with the size. The needle position is the number of grooves counting from the top.

Where the model is listed as ‘6’ this means that the part is suitable for all type 6 carburettors. 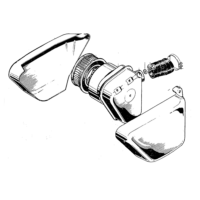 Air filters and the usual etc. 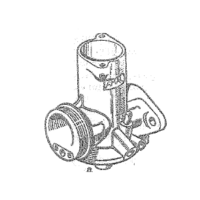 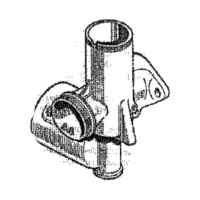 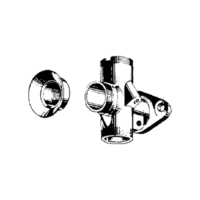