Most fine threads on British motorcycles are to standards laid down by the Cycle Engineers Institute (CEI), usually known as ‘cycle thread’, which is usually 26 threads per inch (TPI) for all sizes but some manufacturers, like Ariel, used 20 TPI for 1/2″ threads and above whilst BSA used 20 and 26 TPI from 7/16″ upwards. The other popular fine thread is BSF or British Standard Fine, which is not as fine as cycle except for 1/4″ when it is the same. BSF was used by Ariel in a few locations e.g. 1953 onwards side stand pivot bolt and for some strange reason VB and MK II SQ 4 head bolts. BSA used BSF in a fair number of places from 1958 onwards starting with the C15. BSW (British Standard Whitworth) or Whit is the coarse thread usually only found in aluminium alloy. Ariel switched to UNF (Unified Fine) and UNC (Unified Coarse) for the Leader and Arrow and BSA for an increasing number of  threads from the early 1960’s. Unified fastenings are the ones that use Imperial AF spanners; AF by the way stands for ‘Across Flats’ so metric spanners are also AF. All cycle nuts supplied by us are ‘machine nuts’ rather than forged. This method both produces a more original item as well as a stronger one. We offer a discount of 10% on purchases of 50, or 20% for a purchase of 100 or more of one type of nut or washer.

All dimensions are in fractions of an inch. The list is arranged in order of diameter then length so that if you require a fastening of a known dimension its part number can be readily ascertained. 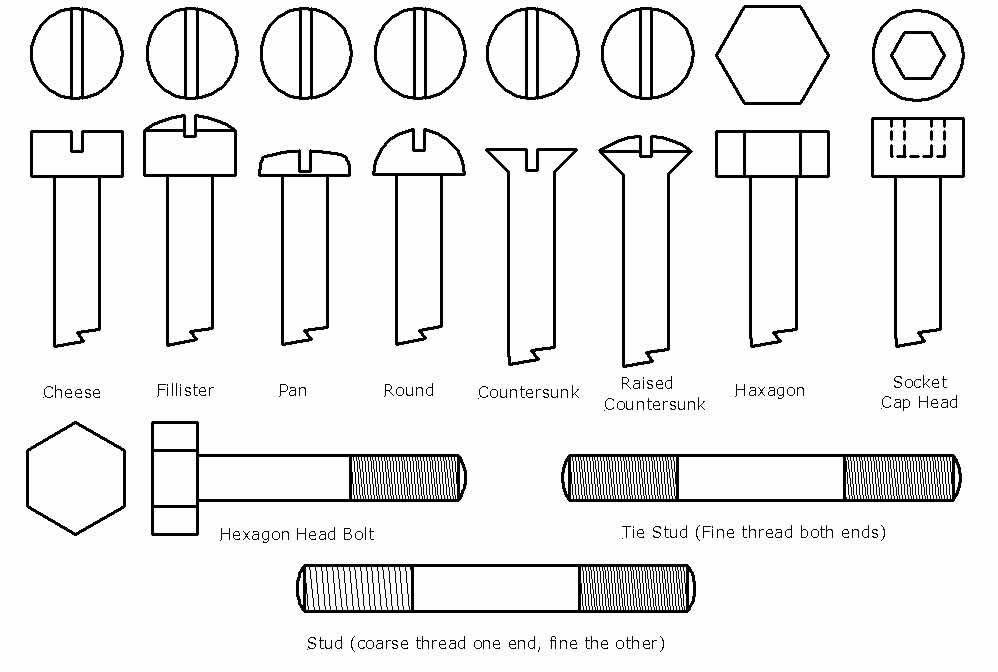 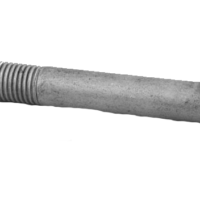 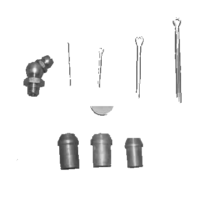