The basis of a good restoration or repair is information. All you will ever need is listed here. Unfortunately, there is no one publication that will answer all your needs, so under each heading is an explanation of what each one contains and how useful it might be. Without doubt, the one essential item is the parts book, how people expect to restore a bike accurately without one beats me.

There is no VAT on books.

The Workshop Manuals are photocopies of extracts taken from various editions of a book written by Mr. Waller, the Ariel factory service manager. They are not restorers’ guides, nor are they a full manual; as they were written in the 1950’s they do assume that you have a complete machine that you wish to service or repair and are ideal for this, having a list of most of the settings.

Singles – Covers all models 1938-58 except specific differences on the competition models. For the 1956-58 HS/HT models use this with OG56HS. This is also useful for earlier models, especially if used with the relevant Owner’s Guide. WM38SING

Twins – Principally covers the 1948-57 KG/KH 500 twins, Burman gearbox and the cycle parts. The Huntmaster engine is not well covered; the Haynes manual, see below, or the BSA service sheets (00-8006) are recommended. WM48TWINS

FH – The well known Haynes manual for the A10 is very useful for rebuilding the Huntmaster engine which is structurally the same as an A10; it is only the engine casings that differ. Part number WM47A

GB gearbox – A booklet by Burman’s on ‘How to dismantle the GB Gearbox’, it does also tell you how to put it together again! Part number OG52GB

Solex carburetter – A general booklet on Solex carburetters of the type fitted to the 1937-53 Square Fours. It covers maintenance and tuning rather than full overhauls. Part number OG37SOLEX

Electrical – This is a small hardback reprint of the ‘Motor Cycling Electrical Manual’ originally published in 1963. It covers all types of motorcycle electrics, with the theory and practise simply explained. Highly recommended, but unfortunately no longer available! Try Ebay.

Lucas – This is a proper manual including testing procedures for all Lucas equipment used on machines fitted with dynamos, some electrical knowledge and equipment required. Part number WMLUCAS DYNO

The factory did not publish workshop manuals for the four strokes, only Owner’s Guides, which were the rider’s handbook that was supplied with the machine when new. The pre-war versions are more comprehensive than the later ones but a certain level of knowledge is expected. If you are new to old bikes or just Ariel motorcycles these books will be useful, as they contain gems such as where the light switch is, how to start your mount and the classic ‘how to change gear silently’. One of the most useful illustrations that is always included is a rider’s eye view of the controls; this is usually an accurate illustration but as usual must be used with caution as some versions cover several years.

Each year Ariel issued a Sales Brochure and a Catalogue of the forthcoming season’s models and as such, they are frequently treated as definitive. However, they do sometimes depict prototype ideas that did not reach production such as swinging arm frames with brake rods, so they do need to be treated with caution. The brochures tend to be a fold out pamphlet of about A3 size and the catalogues are usually booklets with one or two pages per model however both vary in size and content, which is reflected in the price. The originals have been scanned at a high resolution, re-touched to repair tears etc. before being printed by us, on a top quality laser printer, in full colour.

Each year the factory published a Parts Book, mainly for the use of dealers so that they could correctly identify and price spare parts. These books are invaluable to the rider and restorer alike as they list virtually every part on the bike. Every part is individually illustrated before 1950 but after that date major assemblies only, such as engine, gearbox, wheels and forks, are shown but with the advantage of them being in exploded views. The 1926-28, 1932-38 singles and 1932-36 SQ 4 parts books do not contain details of gearbox or other proprietary parts. In addition, the 1926 singles, 1929-32 all model book and 1937 Square Four books are un-illustrated. For some years a supplementary parts list was issued instead of a full parts book and these only show the alterations for that year and must be used in conjunction with the list for the previous year. These supplementary lists are indicated, on the chart, by (*). Engine and frame numbers with prefix letters please, to ensure that you are sent the correct book. 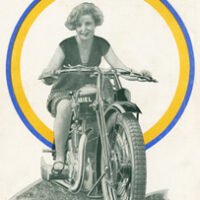 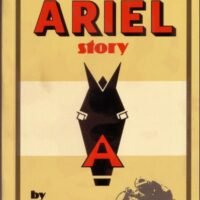 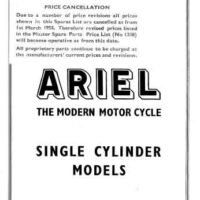 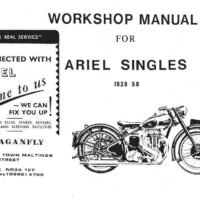