In order to comply with the new emission regulations then being introduced Amal developed the Concentric carburetter in 1965. This had the float bowl below and concentric to the mixing chamber instead of to one side. The MK II Concentric was a later development of this. Obviously neither of these two were ever originally fitted to Ariels. We stock a full range of spares and new carburetter assemblies, which we can supply with approximate jettings only; they will require final setting up. Please enquire. 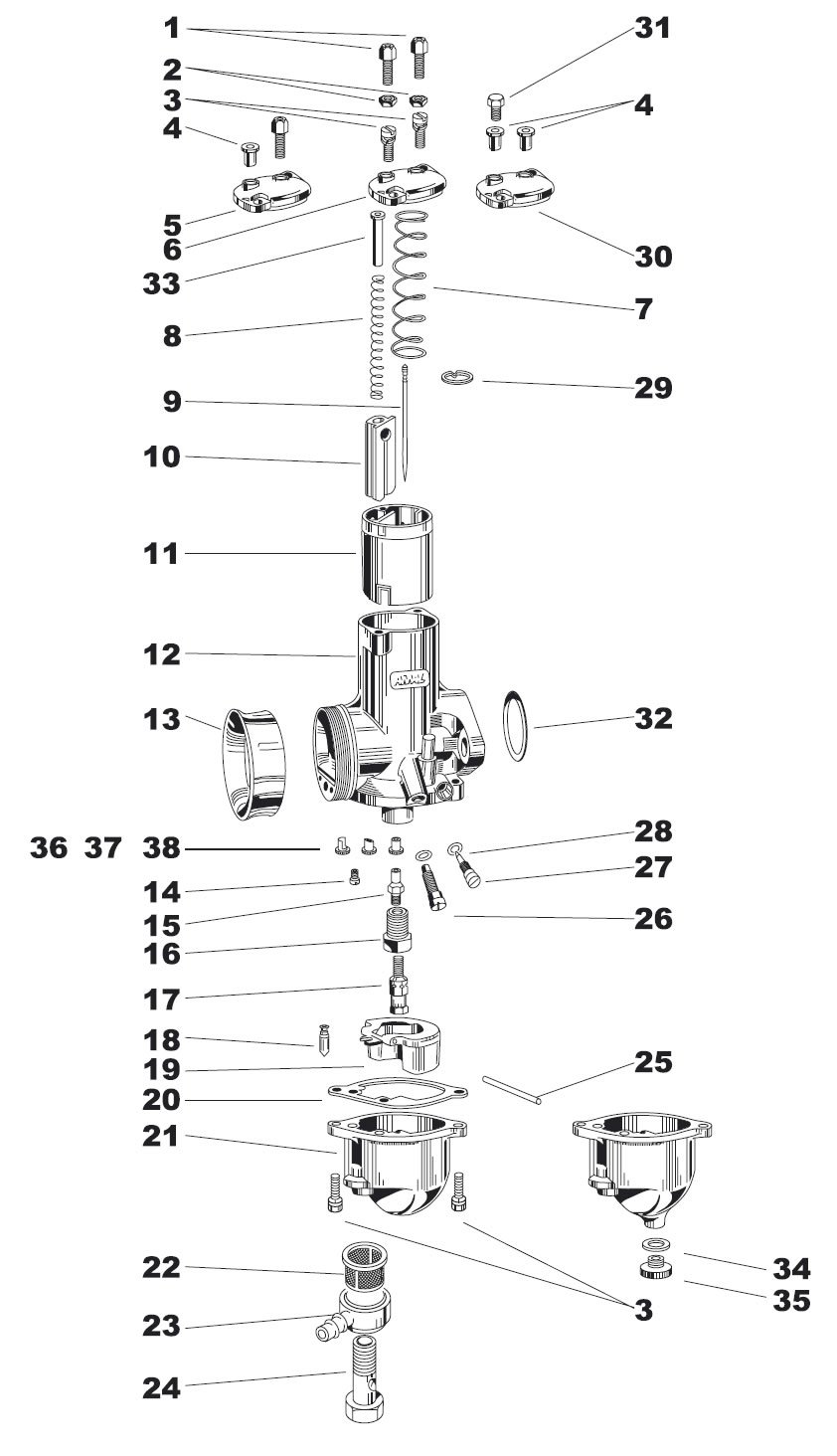