Click here to visit RS Bike Paint. You can enter your motorbike make, model and year to find the colour it originally had.

These paint colours are close to the original, the closest match is in italics, many have been recommended to us by customers, and particular thanks are due to Ariel Atzori. Remember that the shade of a colour would vary from time to time; apparently Ariel used 3 suppliers for the Deep Claret colour, all who supplied a different shade! As the tank lining was applied by hand it could be very different not just from tank to tank but on each side of the same tank! You may be lucky to find original un-faded paint behind a knee grip or inside engine plates. Black was always an option and was used on anything not listed below.

1956-58 Cherokee Red used on HS and with black as ‘export finish’ – as ‘Red Hunter’ Red above. North American export models were in ‘Bright Cherokee Red’ (export finish) with the option of black on Square Fours. 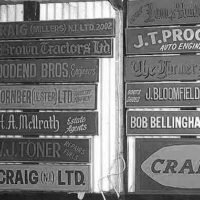 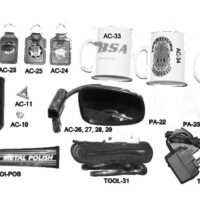 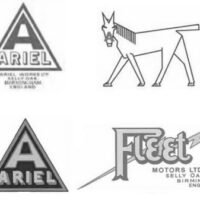