Ariel manufactured their own girder forks from 1927 up to 1946. The design was revised several times until settling down in 1934, the only later change being the addition of a pair of auxiliary springs in 1939. The W/NG model had slightly longer forks to give increased ground clearance, which were increased again and most did not have a steering damper.

Ariel’s own version of the BSA telescopic forks was introduced during 1946 and are interchangeable with girder forks as a complete assembly along with the mudguard and wheel. The yokes were altered in 1949 to re-position the stanchions further away from the frame and slightly wider apart. In 1950 the speedometer was moved from the tank panel to a steel pressing mounted on top of the fork yoke on the KH, KG and SQ 4 models. This was replaced by an aluminium casting serving both as a top yoke and as a speedometer mounting in 1951 and fitted to all models. The stanchions and top bushes were lengthened in 1954, but the later parts will fit the 1949-53 forks (in pairs). A steering lock was the next alteration being added in 1955, followed in 1956 with the shrouding of the headlamp by a cowl or nacelle. A steering damper was fitted to all models except some of the early basic side valve models and to the 1956-58 NH. A second friction disc and additional metal plate was added in 1935 but dropped in 1953. 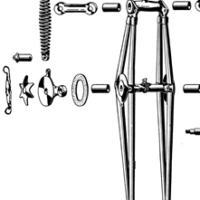 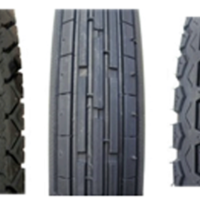 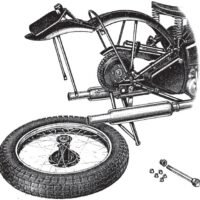